Mr Johnson said sin the letter that he will not ask for a Brexit extension before listing his seasons why. The letter reads: “I will not negotiate a delay with the European Union. I will tell the EU what I have the British public for my 88 days as Prime Minister: further delay is not a solution.”

This is a modal window.

An unanticipated problem was encountered, check back soon and try again

The letter continues: “The public want us to get Brexit done so the country can move on. The best thing for the United Kingdom is for us to leave with a new deal on 31 October.”

After stating he would not beg for an extension, he goes on to say the EU may reject it.

He writes: “It is quite possible that out friends in the European Union will reject Parliament’s request for further delay (or not take a decision quickly).” 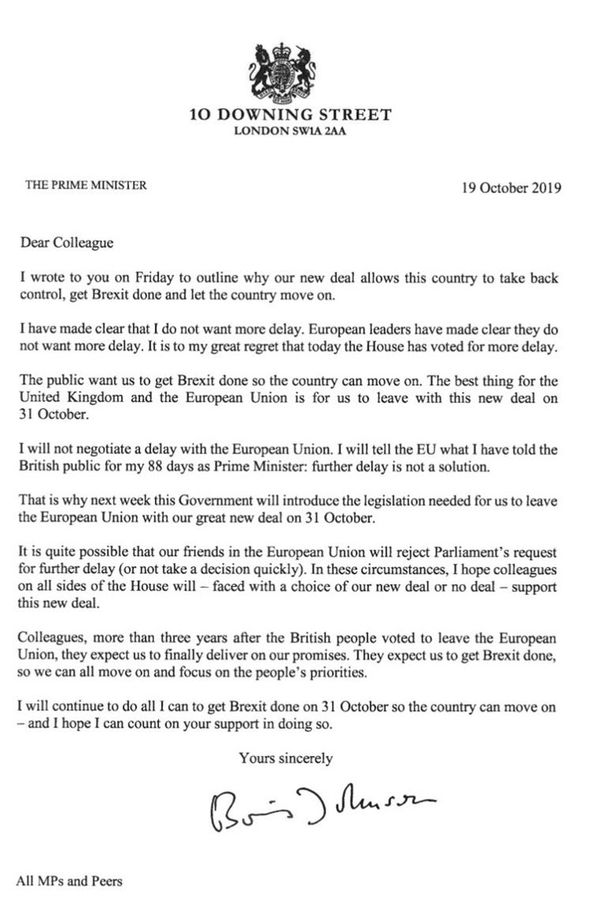 Boris Johnson’s letter to the EU in full (Image: TWITTER)

The letter comes as European Council President Donald Tusk gloated that he was waiting for the letter to be sent.

He said on Twitter: “Waiting for the letter. I just talked to PM @BorisJohnson about the situation after the vote in the House of Commons.”

The letter had been posted onto Twitter by MPs.

Waiting for the letter.
I just talked to PM @BorisJohnson about the situation after the vote in the House of Commons.

The letter comes as Mr Johnson was threatened with court by SNP politician Ian Blackford.

He warned Mr Johnson should prepare for a court hearing if he does not do as requested and beg for an extension after the controversial Letwin amendment passed today with 322 votes to 306 forcing the Tory leader’s hand on Brexit, regardless of him getting a deal.

Mr Johnson said after the amendment passed he would not ask for a delay, adding: “The meaningful vote has been voided of meaning.” 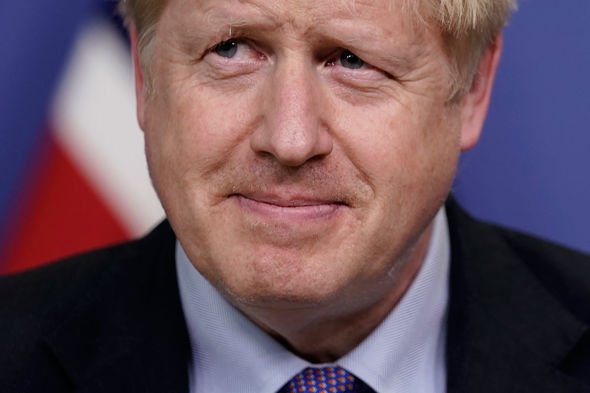 Mr Johnson said in the letter he will not be asking for an extension (Image: GETTY)

Speaker John Bercow, who sparked anger when it was last week revealed he had been negotiating on behalf of the UK with the EU, said he would send the letter if Mr Johnson refused.

After the vote, the Conservatives tweeted: “Parliament has voted to delay Brexit again. The Prime Minister will not ask for a delay – he will tell EU leaders there should be no more delays and we should get Brexit done on October 31st with our new deal so the country can move on.” 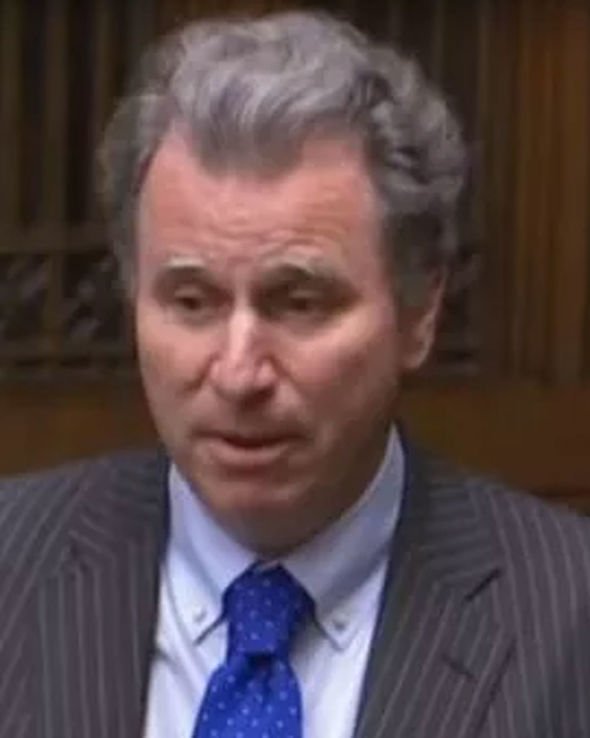 A spokeswoman for the European Commission said it “took note” of the outcome this afternoon and was waiting for the UK to set out the “next steps”.

Mr Johnson was also reported to have told the EU to expect their letter.

But they may be waiting a while.

Irish Prime Minister Leo Varadkar today tweeted a warning that nobody should assume the EU will allow an extension, and said: “To date, no request for an extension has been made by the UK government.”