From the Editor’s Desk

Yom Kippur is the holiest day in Judaism, centring on atonement and repentance. Typically there is a 25-hour fast period, during which synagogue is attended for a time of intensive prayer.

Yom Kippur takes place on the tenth day of the seventh month in the ecclesiastical calendar, and is regarded as the Sabbath of Sabbaths.

Known as the Day of Atonement, during Yom Kippur intensive prayer is held, and fasting is undertaken for 25 hours.

According to Jewish Tradition, God writes each person’s fate for the coming year into the “Book of Life” on Rosh Hashanah and waits until Yom Kippur to seal the verdict.Rosh Hashanah is the first of High Holy days and began on Sunday, October 29, ending on Tuesday, October 1. 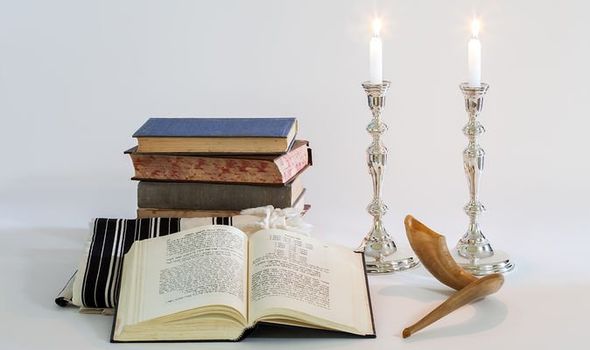 Yom Kippur 2019: Yom Kippur is a Day of Atonement and the holiest day in the Jewish calendar (Image: GETTY)

What are the traditions of Yom Kippur?

Many Jews wear white clothing during Yom Kippur, and there are several reasons for this.

One is to be like the angels, as during Yom Kippur the object is to atone and become pure, lighter and more transparent.

Another reason is wearing white is an approximation of the white clothes in which Jews are buried. 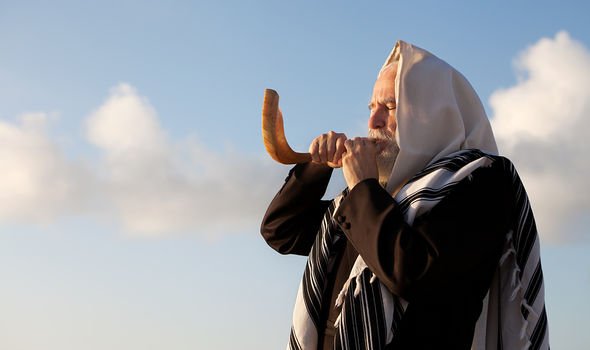 Yom Kippur 2019: For 25 hours fasting is undertaken, abstaining from all food and drink (Image: GETTY)

Some choose to wear a kittel – a simple white cotton robe – which are worn for marriage and burial.

The kittel is typically worn by religious men on holidays, in the synagogue or at home when leading the Passover seder.

Every Jew is buried in the same simple plane white robe, and wearing white is a reminder of mortality.

On Yom Kippur, wearing the garments one will wear after death is a stark reminder every day is on the edge of life and death. 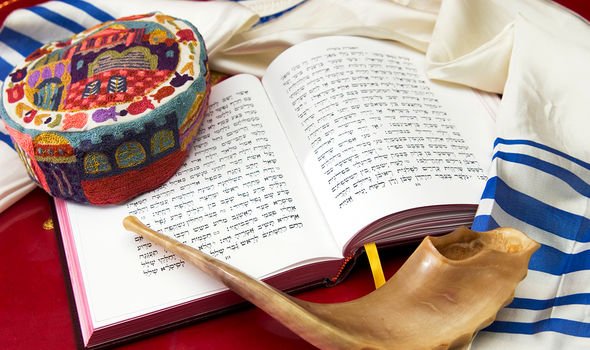 Leather is avoided during Yom Kippur as to make leather requires the death of a living creature.

During a time of fervent repentance, it is not appropriate to wear something that has had to come from the death of a living being.

Some Rabbis have banned wearing Crocs on Yom Kippur, as they are deemed “too comfortable”. 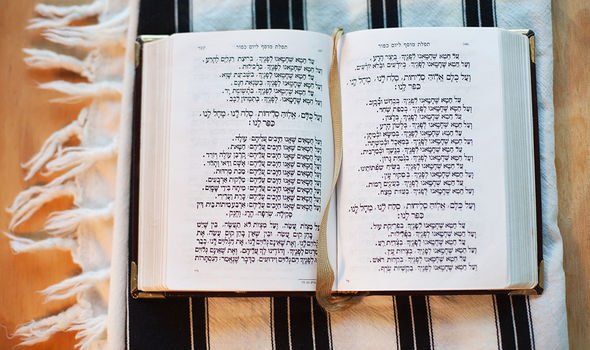 Yom Kippur 2019: On Yom Kippur, God will seal the fate of each Jew into the Book of Life (Image: GETTY)

Wearing a tallit at night

During the opening prayer service on the eve of Yom Kippur – known as Kol Nidre – often the tallit is worn.

It should be put on before sunset before Yom Kippur technically begins.

One reason for wearing the tallit is for during singing the Thirteen Attributes at Kol Nidre services an old custom states the tallit should be worn while chanting.

Another is so that as tallit are often white, when wrapped in it, it is as though you are like the angels covered in white light.

During Yom Kippur Jews must also refrain from

As fasting is undertaken for 25 hours, Jewish law requires those partaking to eat a large festive meal on the afternoon before Yom Kippur, after the Mincha (afternoon) prayer.

This meal is meant to make up for not being able to eat a large meal on the day of Yom Kippur.