The research, conducted by former Conservative Deputy Chairman Lord Ashcroft, found that nearly half of voters would be happy for the UK to leave the EU without a deal if the alternative scenario was a Jeremy Corbyn government. Around 48 percent of people preferred the former, with just 35 percent of participants admitting that their preference rested with having Mr Corbyn as Prime Minister.

The analysis by Lord Ashcroft was of more than 8,000 voters’ intentions.

It discovered that, among Corby’s’ own voters who back Brexit, the 57 percent would prefer no deal, while 28 percent wanted to see their party leader in No 10.

One member of the focus group who participated in the research expressed his disdain over a potential Labour government as it currently stands.

They said: “A Corbyn Government would be worse. I would actually be scared.”

Another explained that the none of the options were entirely favourable, and said: “Boris is a whirlwind of chaos, he’s a bit like Trump, but Corbyn is a whole other level.”

The research suggests that Mr Johnson enjoys a commanding lead when people were asked about the best Prime Minister out of him and the Labour leader.

While Mr Johnson received 43 percent of the vote, Mr Corbyn received nearly half as much, securing only 24 percent.

Surprisingly, Mr Johnson managed to maintain his advantage among Brexit-backing Labour votes, by a margin of 42 percent to 23 percent.

The findings are significant because the next general election, widely expected to be held by the end of the year, may now swing in Mr Johnson’s favour.

Voters angry at Mr Corbyn’s Brexit policy may turn to the Conservatives.

Tory strategists hope that now Mr Corbyn has been persuaded to back a second Brexit referendum Labour Brexiteers will be persuaded to switch sides.

Others say Labour supporters may stay at home or migrate to Nigel Farage’s Brexit Party. 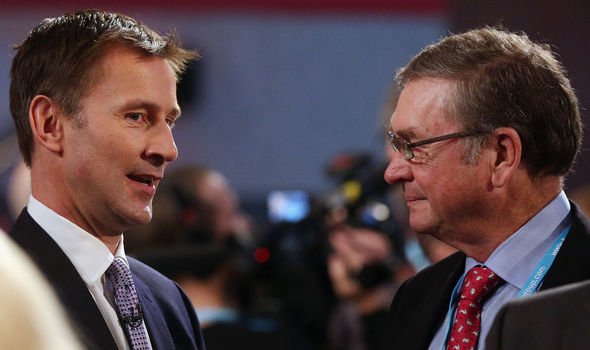 Of the impending general election, Lord Ashcroft wrote in the Daily Mail: The next Election will not be a single national battle but a series of local skirmishes with each party having to fight on more than one front.”

The main body of the research was carried out just before Tuesday’s Supreme Court ruling that Mr Johnson’s decision to suspend Parliament was unlawful.

But, interviews carried out for the research included the anger of many participants over the ruling.

One focus group participants accused the judges of having “made up a law and found Boris guilty of breaking it”.

Another observed: “The people bringing these lawsuits have got money.

“They have their own interests and they’re not interested in us at all.

“Your vote, my vote is meaningless because it can be undermined by people of influence.”

Voters were more indecisive about what action they thought the Prime Minister should take if he has not secured a deal by October 19, the deadline by which MPs say he must have asked Brussels for a delay to Brexit.

Voters were also asked to define their perfect Brexit outcome, with 51 percent backing leaving and 39 percent preferring to stay as part of the EU.