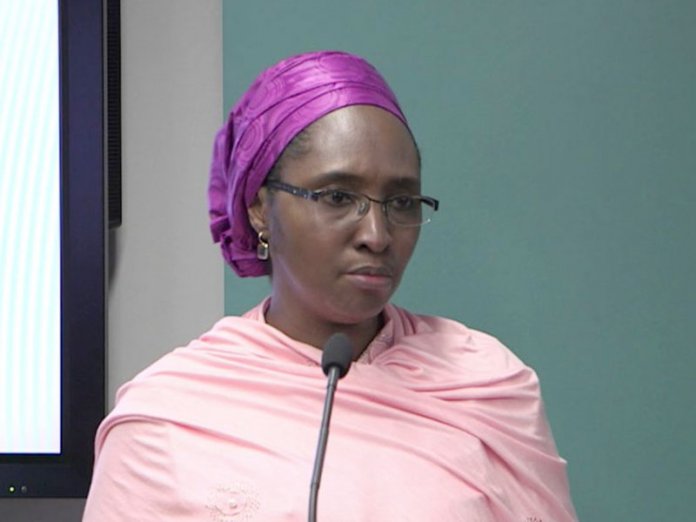 The Minister of Finance, Budget and National Planning, Mrs. Zainab Ahmed, has declared that the federal government is not in a hurry to embark on an upward adjustment in the benchmark price of oil for the proposed 2020 budget following the attacks on Saudi Arabia’s oil facility which has resulted to a spike in global crude prices.

The proposed budget is predicated on a benchmark price of $55 per barrel, but the Saudi attack pushed oil prices to between $60/b and $66/b Monday.

Ahmed, who made government’s position known while responding to questions from journalists at a media briefing on the forthcoming Nigeria Economic Summit (NES) in Abuja Monday, described the attacks on the Saudi Arabian oil facility as disturbing.

She expressed apprehension that if a country like Saudi Arabia with such sophisticated security system could suffer such attacks, then Nigeria might be vulnerable.

According to her, the federal government would continue to monitor the situation in the global oil market and would respond appropriately should the need arise.

“We shouldn’t be rejoicing over the misfortune of others. If Saudi Arabia that has a sophisticated security system is affected in this manner, it means we are also vulnerable. So let us not be in a hurry to celebrate. And as the minister of state has said, we should also not be in a hurry to adjust the revenues,” she said.

The Minister of State for Budget and National Planning, Clem Agba, who also reacted to the situation, said that the government would not tinker with the 2020 budget now as the increase in oil price may not be sustainable.

“Considering the recent event that happened in the Middle East and the soaring oil prices; like you know, for now it’s a one-off event and so we will be monitoring the situation.

“If it becomes sustainable, then there might be need to adjust. But for now, we will maintain the benchmark rate that we have established as the budget proposal for 2020,” Agba said.

On the NES billed for next month in Abuja, Ahmed said the summit had over the years helped to shape many of the reform policies underpinning the evolution of economic growth and development.

With the summit themed: “Nigeria 2050: Shifting gears,” the government, she noted, would be able to address issues of good governance as a path to sustainable human and economic development, adding that the two-day event would also provide a timely opportunity for a national economic review and create a consensus among all Nigerians on the need to ensure that Nigerians take advantage of the opportunities that exist to increase productivity and create jobs.

“Shifting gears emphasize the imperatives for the country to move to a more robust competitive private sector economy while discussing the implication of the projected population of the country hitting over 400 million by 2050 with 65 per cent of the population under the age of 35.

“This figure, we know, will put an unimaginable pressure on our educational institutions, structures, resources and manpower.

“In this regard, it is only a competitive private sector led economy that will drive this process and ensure economic prosperity all for Nigerians.”

To ensure a competitive economy, she said, there is need to have stable macroeconomic conditions and business climate that would keep transaction costs low, thereby encouraging savings, investment and job creation.

The finance minister said Nigeria’s economic prosperity depends on the productivity of its human and natural resources.